The Magic Cannabinoid: How CBD Works

According to industry experts, the CBD-hemp market in the United States is set to hit $22 billion by 2022. However, for a burgeoning market that is set to skyrocket over the coming years, it appears that the general public needs some serious education. Many Americans still have no idea about what CBD is, or about the miraculous health benefits it offers.

So as a supplier of premium CBD-based health products, we feel that it’s our duty to inform our readers of what CBD is, and why it’s taking the world of alternative natural medicine by storm.

There are 113 different chemical compounds – known as cannabinoids – contained in the cannabis plant, and Cannabidiol (CBD) is one of them. Along with THC, it’s also one of the two cannabinoids that occur in abundance.

However, unlike THC, there are no psychoactive effects associated with CBD. It won’t get you “high”. However, what CBD does offer is an extensive range of health benefits. Some scientifically-proven health benefits of CBD include:

Even as you read this sentence now, legions of people are using CBD health products to improve the quality of their lives.

CBD: How it Works?

Cannabinoids, including CBD and THC, interact with the nervous system and the rest of the body through the body’s endocannabinoid system (ECS). Now, the ECS is a complex, intricate network of neurotransmitters and cell receptors which perform the crucial role of preserving homeostasis in the body.

Although cannabinoid receptors are found throughout the body, their mostly concentrated in the peripheral and central nervous system, and the immune system. The endocannabinoid system enhances communications between these systems.

A diverse variety of biological functions is also controlled by the ECS, including immune response, appetite, memory, fertility, pleasure and pain perception, temperature control, mood, and sleep. If something goes wrong with your health, the ECS automatically creates its own cannabinoids which swiftly restore balance.

However, unlike THC and other cannabinoids, which interact directly with the ECS by attaching themselves to the CB1 receptors in the nervous system, CBD stimulates the ECS to create its own cannabinoids. It also inhibits the FAAH enzyme, which allows the endocannabinoids to stay in your body for longer.

CBD provides a wealth of therapeutic and medicinal benefits, which is why it’s available so easily as a superfood, a pain cream, and full-spectrum tinctures with varying concentrations. You can even get CBD for pain and focus! 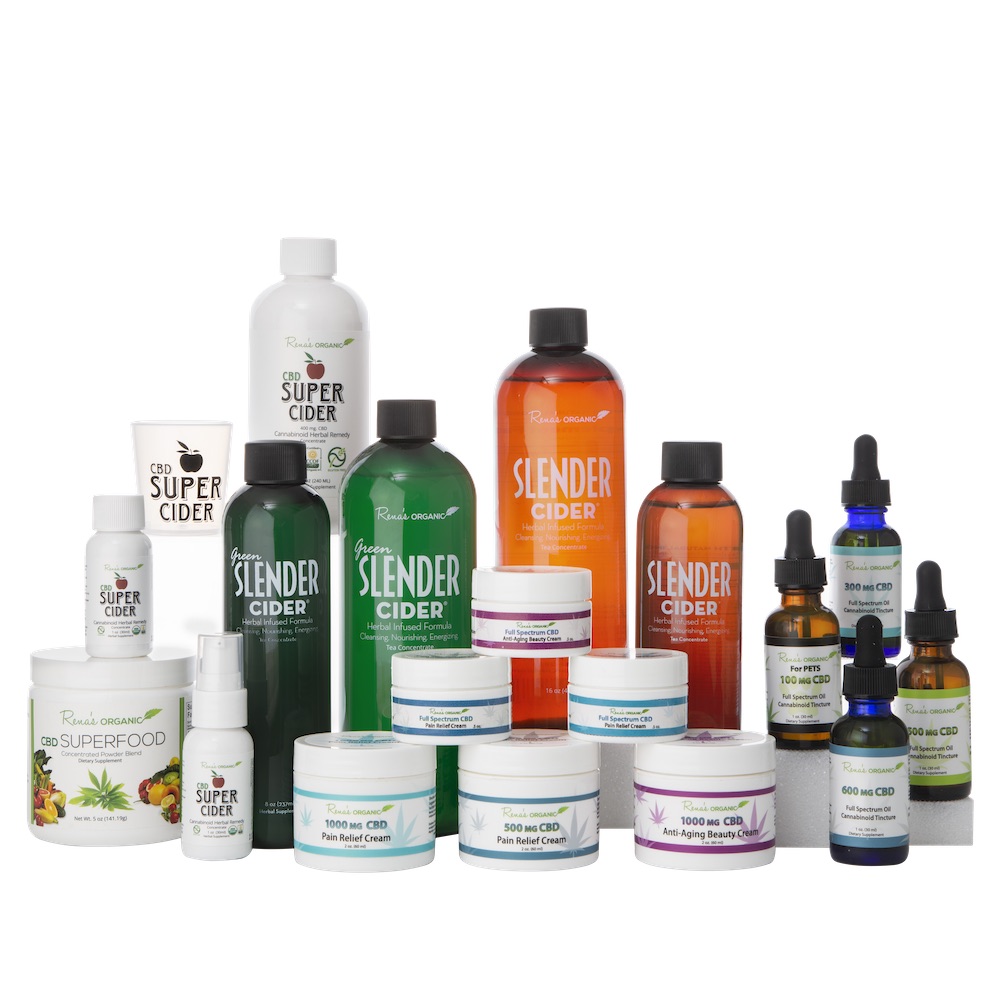 Great for arthritis / back pain

cbd1000prc
Thursday, May 13, 2021
★★★★★
“ I have arthritis in my back and work long hours at a computer. The 1000 mg cream has worked great for me and eased the aches and pains. I tried about 6 different creams before discovering Rena's. Thank you so much for making an excellent quality product.”
- Paul D